Scarecrow has been up there among my favorites of the rouges gallery from Batman. Almost entirely based on his design more than anything, he’s got a nice horror movie quality to him. Even more specifically, the Scarecrow design from the Batman Animated Series. I’ve always liked the look of him. There has to be someone that watched that show as a kid that was actually scared of him!
I’ve been having some computer troubles and have had to switch back to working on my laptop. I had been using the Monoprice tablet on the laptop and Intous4 on the desktop for awhile now. Having to work on the laptop on Hobo Kings, I had to switch tablets to keep the line work looking fairly consistent. This has me having to re-tweak some settings and whatnot.
So over the last couple days as a warm up and trying to get everything set right, I did this drawing of Scarecrow… 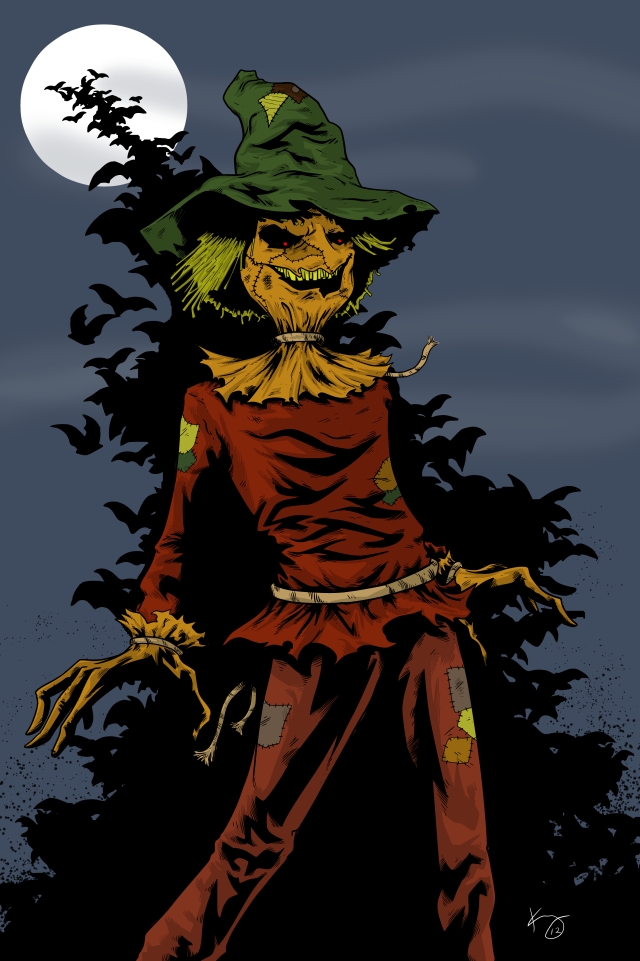 Still a little adjusting to do, but pretty much there.

In other interesting news, this weekend my daughter and I are going along with Paranormal Investigations of Arkansas to an old TB hospital/asylum. It’s huge and creepy type stuff that has a history of reported paranormal activity. This is also the last outing before I start laying out the web comic about these 3 experiences. I wanted to wait for this one before mapping anything out since it has potential to be very interesting. Not to mention fun and creepy!
Also, I designed a new logo for the group…

I am a freelance artist that has been drawing comics for about half my life. I try to work in all mediums that I possibly can but love working with a brush and a bottle of ink. If you like what you see here and need an artist for something, drop me a line.
View all posts by treebeerdy →
This entry was posted in art, Comics, comics by kelly williams, digital art, fantasy, horror, manga studio, paranormal, Uncategorized and tagged arkham, art, artistic process, batman, comics, DC comics, digital, digital art, drawing, drawings, fantasy, fiction, ghosts, horror, illustration, ink, investigation, kelly, kelly williams, manga studio, monsters, movies, paranormal, pencils, scarecrow, sketches, treebeerd, undead, williams, writing. Bookmark the permalink.